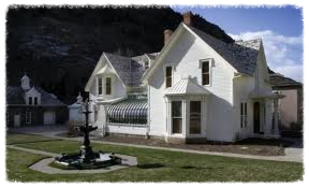 It was originally constructed by Joseph Watson as a modest Country Gothic house. In 1867, it was later purchased by Watson's wealthy brother-in-law, William Arthur Hamill. By 1879, Hamill had greatly expanded the mountain estate into a lavishly beautiful home with its conservatory, gaslighting, bay windows, walnut woodwork, central heating, and luxurious interior decor. There are even other buildings on the property including a carriage house, Mr. Hamill's granite office building, a laundry/summer kitchen, and a spacious six-seater privy.

The Hamill House is not open at this time. 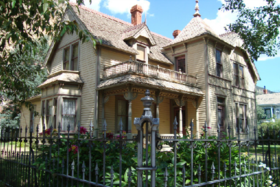 901 Rose Street, Georgetown
The Bowman-White House was purchased by Historic Georgetown, Inc. in 1974 at the cost of $35,000. This beautiful and expansive Victorian home provides insight into the lives of an upper-middle-class mining/professional family of nineteenth-century Georgetown. This house is an Italianate structure accented with Queen Anne details, and at the time of construction, it contained more than 2,400 square feet of living space.

After moving to Georgetown in 1885, John Henry Bowman built this house for his family in 1892. His ownership and management of mining properties in the Silver Creek area (south of Lawson) brought in enough profit to allow the erection of this stylish two-story home.

At the turn-of-the-century, Bowman's daughter, Mellie, inherited the property and lived here with local attorney John J. White, her husband, and four boys. After her death, the property was purchased by Historic Georgetown, Inc. from the Bowman-White family. Through the years, approximately $95,000 has been spent on rehabilitation and restoration of the property involving some structural and mechanical rehabilitation, wall-covering replication, and exterior painting. The Bowman-White House is not available for public tours at this time.

The Kneisel House is typical of a Georgetown middle-class dwelling during the town’s silver boom. Sometime around 1875, this house was built by local merchant Henry Kneisel who opened a bakery and later operated a grocery store, which he ran in partnership with his son-in-law, Emil Anderson. Additionally, a hardware business was incorporated in 1918.

The store on 6th Street has been in business for more than 100 years and managed by five generations of the Kneisel and Anderson families. After being purchased from the family in 1998, the Kneisel House is currently rented by a local family.

In today’s modern world, the home is still being used in a way that mirrors its purpose in the past while protecting its historic value and integrity. Currently, the home is not available for tours. 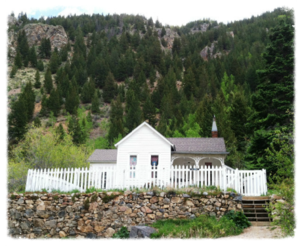 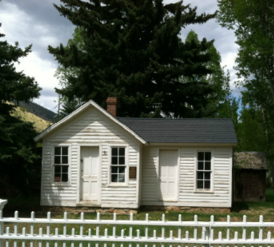 Albert and James Tucker owned this building throughout most of the latter half of the 19th century, probably while using it for passive income from rent. The two brothers owned stores in both the northern and southern parts of town as well as other residential properties.

The Tucker-Rutherford Cottage is typical in scale and quite representative of the many miners’ homes that were once built throughout the valley. Due to their poor construction, few of these small, wood-frame structures—that were so typical of the Clear Creek Valley—remain today.

This house was donated to Historic Georgetown, Inc. in 1976 by Frank E. (Buff) and Mary Lou Rutherford of Georgetown. Its design is reminiscent of the simpler, more rustic lifestyle of an everyday miner and his family. Limited work has been done on the Tucker-Rutherford Cottage. 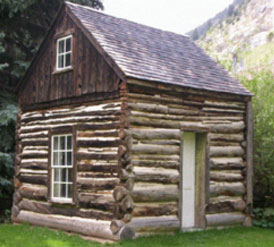 This log cabin was presumably a pioneer prospector's home built sometime around 1870. It is one of the few remaining log cabins and quite typical of many that once dotted the Clear Creek Valley. The simple log structure represents one of the earliest and most common types of construction in the mining West.

Little is known about the house’s builder, Mr. Johnson, who apparently stayed in town only for a few years before moving on to a new community in search of riches. The lovely miner's cabin features a loft and the remnants of original wallpaper, in which dainty blue ribbon was woven through. This one-room cabin characterizes an itinerant miner’s or prospector’s lifestyle—one that is most often neglected within the context of house museums. In 1974, it was donated to our organization by Fred and Ginger Booth. 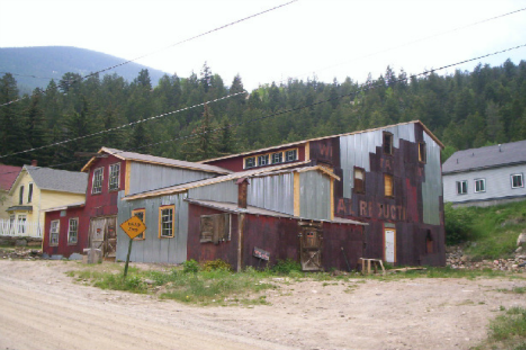 Located on 3rd Street just below Guanella Pass Road, The Centennial Mill is the last surviving mill structure in Georgetown. At the peak of its mining industry, Georgetown was a highly industrial community. With the regrowth of trees and the loss of most of the industrial structures in town, today, Georgetown is frequently only perceived through its architecture as a bucolic Victorian-era mountain community. Its “hammers and rocks” image is relegated to outlying mining areas, when in fact mining was as much a part of daily community life in town as it was on the neighboring mountainsides.

Historically, the mines of the Centennial Group were the setting for some of the earliest and most lucrative mineral finds in the district. Many mines and mills were opened and then closed periodically over the decades due to the ever-booming and busting economic cycles in Colorado. Consequently, the Centennial Mill represents two periods of mining. Formerly in a different location, it was known as the Griffith Mill, which was a late 19th-century structure.

The Western States Mining company that bought out the Centennial group of mines purchased the Griffith Mill, disassembled it—a common practice at the time due to the high value of timber and mining equipment—and reassembled the Centennial Mill at its current location in 1929. The new site was optimal as it was in close proximity to the Colorado Central Railroad, which made the transfer of ore to the Denver smelters highly cost-effective for the Centennial Group. The mill utilized a then-revolutionary system known as flotation—patented by Mrs. Carrie Everson in 1885. Two mills operated during the depression in Georgetown using the flotation system, and it was considered state-of-the-art technology in 1929.

Centennial Mill is the last example of Georgetown’s prominence in the development of mining technologies in the late 19th and early 20th centuries. In 2004, the mill was acquired by Historic Georgetown, Inc. thanks to the generosity of many private donors, the Colorado State Historical Fund, the 1772 Foundation, and the Challenge Cost Share Program through the National Park Service. Currently, the Centennial Mill is not available for tours.